The Friday June 24 issue of Austin's major metropolitan newspaper has an article called Central Market to be Lance Central.  The Austin Statesman site is doing a comprehensive Tour coverage section. 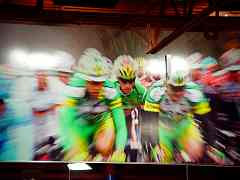 The TourWatch 2005 was produced by the Tour of Texas  The event sponsored by Grande Communications,  Circuit City, Trek Sports Drink, 24 Hour Lance Armstrong Fitness Center, Central Market, the Tour of Texas Blog, the Spring, and the Tour of Texas (coming in the Fall, a bicycle adventure excursion around Central Texas).

The TourWatch 2005 showed the Tour de France on two 61" large screen, high definition televisions compliments of Circuit City. The TourWatch 2005 crew of podcasters, radio announcers and telecasters will brought their own commentary and spin on the Tour which will was broadcast at the event and podcast over the Internet.

The Discovery Channel is sent a 3 person crew to produce a documentary on the TourWatch 2005 Event and on Austin's support of Lance in the Tour.  Austin's KEYE TV 42 did a special newscast called "Austin Prepares for the Tour" on June 23. Newsweek featured TourWatch in a piece on tour watching events in the June 26 issue. 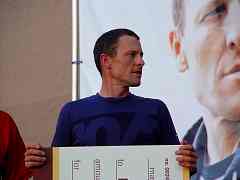 TourWatch 2005 featured a daily podcast and radio and tv show spots with many local celebrities from the sports, fitness, radio, tv, blogging, podcasting and entertainment communities.

Representatives of the local bicycling, swimming, running, triathlon and fitness communities had tables at the event where they gave out information on upcoming events (eg. marathons, bike races, etc).

The podcasters interviewed local Austinites who followed the race and will did interviews with Tour enthusiasts around the world via phone and skype.  The interviews were carried over the PA System at the event and syndicated over the Internet in the form of podcasts which Tour followers were able to subscribe to.

Folks who wanted be a podcast stars, came by our podcast table at the event, and got set up behind a microphone and were helped to create their own podcasts.  Or folks got interviewed you if they were Lance fan or Tour de France enthusiasts. We be did video interviews for television and video podcasts in high definition tv.

Sponsorships are now available for the next Tour of Texas event, call 512-699-4000 for details.